1000-lb Sisters star Amy Slaton is introducing her second child to the world. However, after showing pictures off of this second kid, it’s causing many fans to become frightened.

On 1000-lb Sisters, Amy Slaton is sitting down to chat her with husband, Michael Halterman. While they’re talking, she brings up to her hubby about how she wants to lose more weight. She says she can see their newborn baby, Gage, walking around the park. Also, she imagines her son getting up to feed the duckies.

But, Amy from 1000-lb Sisters admits she wants to lose more weight. Her biggest goal is to drop another 120-lb. This is so she can be at 150-lb. But, she says she doesn’t want her son to be an only child. Also, she says that Little Bit, her dog, is Gage’s other sibling. Yet, she talks about how she wants to start trying for a second baby.

Even though 1000-lb Sisters star Amy Slaton struggled through carrying Gage for nine months, it looks like she’s ready to jump back in the game. However, her pregnancy didn’t go smoothly at all. She often talked about how she’s struggling with Braxton-Hicks, which caused her to have painful contractions.

Also, Amy from 1000-lb Sisters voices her concerns about her newborn infant being underweight. That’s because while at her most recent doctor’s appointment, she finds out that the infant in her womb is actually losing weight. She worries the child going to end up in the NICU. 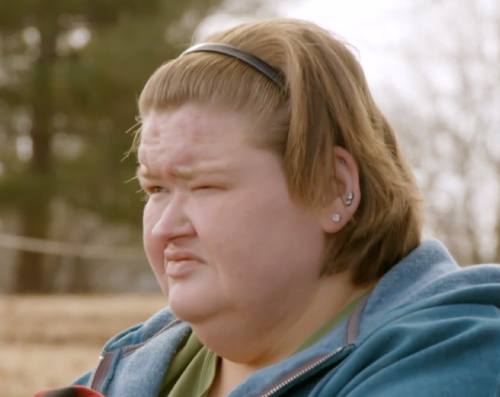 On 1000-lb Sisters, Amy Slaton is excited to show her sister, Tammy Slaton, her newborn kid. However, she’s avoiding doing that for the moment. That’s because Tammy’s currently fighting against COVID-19 and pneumonia. She’s struggling to breathe by herself, so she’s using an oxygen tank to help supply her with hair.

While Tammy Slaton from 1000-lb Sisters isn’t acting happily about her nephew, she says she’s excited to meet him. However, she’s more hopeful that she’ll recover from the coronavirus to be able to meet with Jerry Sykes again. 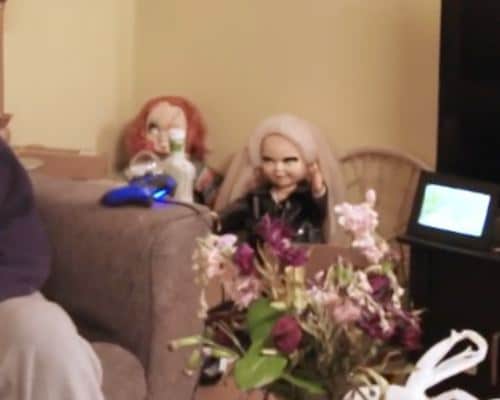 1000-lb Sisters star Amy is showing off her new toddler to the world. As she’s walking over to her sister’s house, the child is seen in the corner, right next to Michael Halterman.

The 1000-lb Sisters personality Amy has a Chucky doll and the Bride of Chucky Doll in her living room. The dolls are standing in the corner, right next to the couch. It’s clear that Amy’s a big fan of horror, especially with the Jack Skeleton tattoo on her arm. However, it’s strange that she’s got these dolls in the same room that her newborn son is sleeping in.

Soap Dirt is here to keep you updated on more 1000-lb Sisters spoilers and news.